Your web browser is out of date. Update your browser for more security, speed and the best experience on this site.

It seems like we've been seeing a version of The Great Gatsby trailer for years now. We know, it takes time to transfer the literary genius of F. Scott Fitzgerald to the creative genuis of Baz Luhrmann. Still, it feels like they've been working on it forever. With May just around the corner, the premiere of what will undoubtedly be Oscar material is almost here. While you're sure to be familiar with the material, let us just wax poetic about the translation. We're talking about the Jazz Age meets 21st-century world director Baz Luhrmann and his wife, costume designer Catherine Martin have created for the Silver Screen.


To get you up to speed, you should know Luhrmann (Moulin Rouge, Romeo + Juliet, Australia) creates a fusion of old worlds with an appeal to the contemporary age with an outstanding modern soundtrack. For Gatsby, we're talking Lana Del Ray, Jay-Z, Bryan Ferry, Jack White - and that's just for starters.There are chills just thinking about how good it will be! (If you don't believe how enrapturing this is, just rent Romeo + Juliet or listen to the soundtrack.)

Just as phenomenal is Martin, who is not just Luhrmann's wife but every bit his equal. (Her own list of accomplishments, including Oscars, is just as long as the Mr.'s.) She not only adorned Carey Mulligan with Tiffany & Co. diamonds and Leonardo DiCaprio with custom Brooks Brothers, but she collaborated with Miuccia Prada on 40 cocktail and evening dresses reinterpreted from past Mui Mui and Prada for the film. 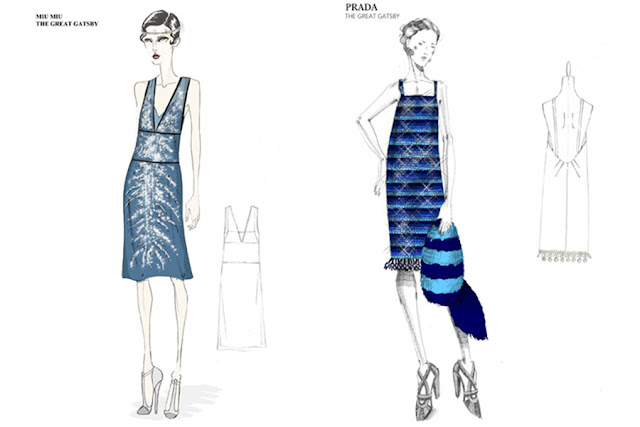 There aren't enough exclamation points in the world to describe how much we are anticipating this film. To get you in the mood, we're sharing our favorite looks translated to tabletops and links from the cast. Here's to knowing it will hold up to the original. "Can't repeat the past?...Why of course you can!" - F. Scott Fitzgerald, The Great Gatsby.

Get your fill of the Jazz Age and The Great Gatsby with these links.
The full trailer and soundtrack (finally!) here.
More on Miuccia Prada's Sketches here.
Read an interview with Tobey Maguire plus a behind the scenes look at the set design in Architectural Digest here.
A full fledged dinner party inspired by the Jazz Age (and featuring P.O.S.H.) here.
More of Carey Mulligan via Vogue here.
An Afternoon with Leo via Esquire here.